Coca leaf should be allowed in the UK 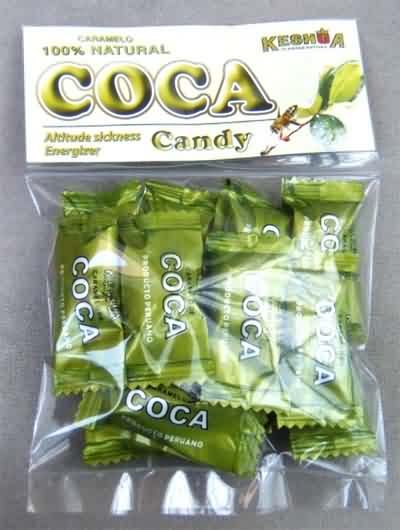 On 12 June 2009, TNI submited a memorandum to the 'House of Commons Select Committee on the cocaine trade' to allow the coca leaf in its natural form on the UK market, as a mild stimulant and as an infusion. The leaf is now still classified along with cocaine and heroin as a Class A drug.

In May 2009, the House of Commons Select Committee on the cocaine trade announced their intention to investigate the trends in cocaine use in the UK, and progress in tackling the cocaine trade, in terms of reducing both supply and demand in the UK.

The main points of TNIs memorandum to the Committee are:

1. A review of developments and policies concerning the cocaine market will not be complete without taking into account proposals for dealing with its plant of origin, the coca leaf.

2. Coca leaf – the plant source for cocaine fabrication – in its natural form, is now in the UK unduly classified as a Class A drug under the Misuse of Drugs Act; the evidence base for this classification is untenable and needs to be reviewed.

3. Coca leaf in its natural form should be allowed on the UK market, as a mild stimulant and as an infusion, which could be helpful to support efforts aimed at redirecting demand away from cocaine consumption.

4. Coca tea and other natural coca products have a high potential on the world market and promoting industrialisation and marketing will reduce diversion of coca crops to illicit cocaine production and help develop rural communities now submerged in poverty.

5. The Andean migrant communities in the UK should be allowed the right to access and consume coca leaf as this is a fundamental part of their indigenous culture and tradition, in the case of Bolivia even enshrined in their new Constitution.

The memorandum addresses the myths that surround the coca leaf and is presented to the Committee members in order to allow them to make an evidence-based judgement on its current legal status and on the potential usefulness of coca in its natural form, including in the UK context.

1.    Request the ACMD to undertake a review of the coca leaf aimed at a possible reclassification or complete un-scheduling; the current status of the coca leaf under the Misuse of Drugs Act is not based on any scientific evidence.
2.    Allow access of natural coca products to the UK market for its potential public health benefits.
3.    Respect the cultural and indigenous rights of migrants from traditional coca consuming communities, by allowing them to import and consume coca in the UK, similar to those from other regions (e.g. the Somali community and qat consumption).
4.    Support the petition from the Bolivian government to delete the provision from the 1961 Single Convention on Narcotic Drugs that calls for an end to traditional coca chewing, and to remove the coca leaf from Schedule I of the 1961 Convention after the required WHO review.